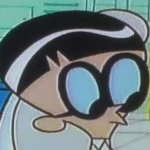 aka the baddest meme queen all around

Welcome to Irken Empire Wiki, MightyMewtron! Thanks for your edit to the Lor page.

Any questions? Contact me! And don't forget to sign your talk posts with ~~~~ or the signature button, it is REALLY hard to locate everyone on here without the sig. -- Invaderszar (Talk) 04:37, September 17, 2012

This is Emperor Vis, and YOU are looking to be a promising invader! i look forward to learning of you're mission!

most impressive, most beta rank invaders don't make that much progress as quickly as you do oh and sorry to here about your non-violent PEN unit. This has been you being graced with my presence! 22:52, September 28, 2012 (UTC)

My invader is 4"5 tall, he has about the same looking attennas as Zim's, only a little shorter. He has a green shirt, but red eyes. His pear disguise is yellow. Steve's costume is a pea and has yellow eyes which can see X-Ray vision, and Gamma Rays, which can be useful. His robotic skin is the same as Gir's. His duty mode eyes are dark crimson red. This is how my invader would look like! DamiedeterJR (talk) 02:07, October 2, 2012 (UTC)

Yes, thanks for replying. My wiki currently has no administrators, and I was wondering if you would like to be one. I know you would be excellent for the job :) Silver☆Star 01:07, October 3, 2012 (UTC)

Don't trust Shadow Star, Brady saw him on Uncreative Wiki and he realized he is a sockpuppet of Lemongrab and Akane Star. If he goes on TD Wiki though, I'll or you can tell Ryan. DamiedeterJR (talk) 16:17, October 3, 2012 (UTC)

I don't think Invader MEEN will make you an invaaaader. He is still inactive. Perhaps another admin could grant you the rights necessary for your work. Silver☆Star 02:08, October 4, 2012 (UTC)

Hellloooooooooo there. I live. If you tell me the name of your Invader, and provide a link to their page, I could add it to the list of Invaders. PrimusGod (talk) 10:07, October 4, 2012 (UTC)

Ahh, my communications device is back online. Now... WHO DISTURBS MY SLUMBER?!? (Lol) anyways, an invader is not an admin. An invader is anyone who's character is an Invader. An admin is an admin. Just thought I'd clear things up. That was another AMAZING message, from ME, InvaderMEEN!Contact me here! 20:28, October 4, 2012 (UTC)

I meant on the invader list page. i put myself and my friend up there before we were admins. i took us down though. i'm trying hard to become an invader(admin)! She's Mew! She has alot of friends! They live together on a fruit stand! 20:30, October 4, 2012 (UTC)

That list does not constitute admins. That'd be complete chaos, laugh out loud. They're just for Invader characters that people have created. PrimusGod (talk) 21:22, October 4, 2012 (UTC)

it said that you edited the pages contents.

what did you change, and why?

this is meg again

disregard my last message. i see that you added my page to some catagories.

Passing someone on the leaderboard does not mean you are admin material. It shows that you're active on the board. As an example, Invader PD passed me on the leaderboard, but she lost her administrator privileges because she was not using them properly and acted immature. PrimusGod (talk) 11:12, October 13, 2012 (UTC)

Just because you're active doesn't mean you have to be an admin. There's nothing right now that requires admin interference. Also, you don't have to be an admin to help out on the wiki. You're doing a fine job so far without any special powers. PrimusGod (talk) 11:44, October 14, 2012 (UTC)

Anyone is allowed to edit a page without adding new information. I was grammar editing/spell correcting things. PrimusGod (talk) 10:09, October 18, 2012 (UTC)

Please remember to sign your posts. It irritates me to have to look at the recent activity to find out who posted what.

Edits will not factor into your rank and consideration on terms of becoming a chat moderator. However, since I feel we are sorely lacking chat moderators who are active, you'll be granted those powers. Make sure not to abuse these powers, and if someone reports you doing so (provided they have sufficient evidence), you'll be evaluated whether or not you're fit to be a chat moderator.

Hi I'm sort of kind of new her. Anyways I was looking for some help with fanfiction, and Invader Plaxatrax is inactive, sadly I learned this AFTER I asked him, anywho you seem like someone who is good at fanfictions and you edit alot, so I was wondering if you could give me some tips on "Invader Et" I hope this is not to much for you to handle sincerely ME!

Thank you so much, I am going to scan a picture of et later bye!

HAHAHA!!! I have finaly surpassed you!

by the way, you should meet Zak, hes a real nice guy.

HAHAHA!!! I have finaly surpassed you!

If you created Anj's page guess what?

Someone copied Anj's page and my name and stole my character and i did not type it up i just found it in my pictures and this is what i found. Someone might've used my computer and my invader name.

Retrieved from "https://irkempire.fandom.com/wiki/User_talk:MightyMewtron?oldid=32028"
Community content is available under CC-BY-SA unless otherwise noted.