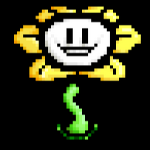 aka As of now Robot-Pickle or LIR

Hi, welcome to Irken Empire Wiki! Thanks for your edit to the The LDS page.

If you need help, and there are no local admins here, you may want to visit the forums on the Community Central Wiki. You can also check our Staff blog to keep up-to-date with the latest news and events around Wikia.

Welcome to the wiki! Edit

Invader Zak here, sorry about the sarloks picture. I was just trying to add pictures to the wiki and saw it didn't have one so I found something that seemed to fit the descripton. If you haven't changed it I will for you. Invader Zak signing off. Invader Zak (talk) 20:00, April 30, 2013 (UTC) invader Zak

It's OK. They only look like beavers because of their tails..

Here are two things you need to remember:

2. DO NOT edit pages owned by others UNLESS you have permission or you are fixing spelling and grammar ONLY.

remember to sign in! there have been multiple people that did not sign in editing this wiki. It is getting very confusing!

You have been banned  from chatfor extremely disrespectful behavior.  Examples are Trolling maria, and "You are the trash". You even used "dots" as an excuse to be disrespectful. This kind of behavior is not acceptable here. OH, so THAT'S how you make a signature! Okay, I've gotta think of something.WAIT-DON (talk) 02:40, September 21, 2013 (UTC)

I'm not going to involve you in this situation, your involvment is unnecassary. The situation has already been taken care of. OH, so THAT'S how you make a signature! Okay, I've gotta think of something.WAIT-DON (talk) 17:58, September 22, 2013 (UTC)

This is where I put my pictures..

LIR,I'm very sorry. I'll miss you the most,I'm sorry I couldn't keep up with my homework and my grades. I'm especially sorry I promised you a dream I couldn't create. I'm not saying it's impossible to create the machine or that we couldn't do it,but I'm sorry I never even began to start it. I'm sorry I didn't suck it up and dealed with Mrs.Lash. I was foolish and ignorant. I should've known a new school would be worse,I didn't realize that I was lucky to even go to my old school. Instead,I became angry and wanted to leave,and look at me now,doing tons of homework. I've made so many foolish mistakes in the past,if I didn't make them,the empire would still be here. Instead I was arrogant and foolish. I'm a joke,a fool,I'm sorry I made these mistakes. Well...I'm afraid this is goodbye....goodbye LIR...This is Lurk,signing out,for the very last time...... (talk) 01:55, November 20, 2013 (UTC)

The page about the Giant Donut isn't even a stub. It's also based off of my other fanon, and is no more random than pages that haven't been put up for deletion. Invadercowlord (talk) 02:07, December 6, 2013 (UTC)

LIR! I made a picture for you!

Sorry if the TARDIS looks wrong,I couldn't look up a picture(with my internet being gone and all).

Come on ROBLOX if you can,I'll be online until 5:30PM(Unless my mom comes home early).

Thanks, Lurk, but I'm in the same predicament as you. I can't play on the computer till my grades get better. Luckily, i can talk on party chats and the wiki chat from my kindle fire.

LIr,I'm making LOAP creatures,you can come online and make some too if you want(Btw,I'm making them on a personal server.) All living things,bow down to your rarely-appearing-master! (talk) 02:02, December 14, 2013 (UTC)

I'm just an attention loving idiot,that's all. I'm no hedgehog,I'm no Irken,I'm no tough guy,I'm not determined. I'm just a lazy....RP obsessed idiot.....I can't make a machine,I can't even make a toaster..besides,I'd never even have time to make the machine..everyone doubts it would work. I am no use to you all. I've tried to make this wiki better,I've tried to fix plotholes..I tried to pretend I had my own little world..I'm just a lazy confused idiotic useless creature. THAT is who I am. All living things,bow down to your rarely-appearing-master! (talk) 00:25, December 21, 2013 (UTC)

Stole? Oh, I... I didn't know the rules of owning something applied to this site. My Mistake. I just wanted find a better way to describe what the characters might of looked liked if they had actually existed in the series. Well (laughs) at least the pages are still intact and in regulation. I just noticed many other users have borrowed pictures used them on this site.

But if it's your rules, then I understand. I'm sorry for unknowingly stealing those pictures, I just need a better way to describe Kratos. I didn't mean steal anything, It was a mistake and I'll never do it again.

Great I'd like for him to draw them with your permission. Thanks at least a real description of what the character should look like. Alright.

Sure, Will. Just ask Vex.

Yes, i do have problems.

Thank you for banning me.

I'm sorry, but i seem to have a Pinkemina in me.

I can't trust anyone sometimes...

I'll never know if someone is going to suicide or something, or if they're just doing a terrible lie. Never. I don't want to go on that horrible rollercoaster that Lurk took me on. I'm sorry, if you meant that, and had a gun under your pillow, Miz.

I never know if my life is real or not, if it has a point. How could i know? How could i be reassured that my family is there, and not some sick image forced into my mind? If everything is fake, then nothing here could convince me.

Even if my whole physical life was never real, our friendship will be. I won't give that up. If I'm right, it's all i have..

I want to say that it was necessary to ban you because of your crude behavior. I don't mean this as a way to show hatred, because I don't dislike you, only the things you do. ... I did get the message on my Talk Page, and I also saw Miz's, from a screenshot. She notified me of your message, and that's a source of why I'm here.

Your ban will be for 3 days, and I hope that you get your act together in the mean time. I apologize for having to use the banknife on you, but it had to be done. Try not to do these things again; the next ban could be longer.

I wish you for luck and good days onward.

..Im sorry. I just.. I got really upset. ....I just felt really hurt LIR, it didnt feel like you cared about me anymore.

I cant tell anymore if you do at times.. I'm sorry you feel that way on your life, and.. the ban isn't forever.

It's just for a couple days. We just all need a break.. that's all. It's nothing serious. I believe you're sorry.

If you don't think we're real, why would you care? Because you don't. If you trust us so little that you doubt our existence, then you must not care at all.

Of course, I'm not going to waste your or my time giving evidence that I'm real. If you honestly think nothing is real, then I cannot help you in any way.

And about the apology,yes, yes, I know. I'll never forgot what you said-I'll never forgot when you literally gave me a deaththreat in the chat, and I'll never forgive you. But hey, I don't really care. Why? Well, I'm not real to you. I'm just a simulated AI, or whatever you call it. If you want to keep going on with your little theory, go ahead, but I can assure you that it won't end well. "I just cast Flame Shield on youz. Also I spat on youz!" (talk) 03:46, January 5, 2014 (UTC)

The fact that you just pasted a message you already sent to others on my talk page and slightly edited it only further proves that you don't care. "I just cast Flame Shield on youz. Also I spat on youz!" (talk) 03:59, January 5, 2014 (UTC)

Hi there, I'm not sure if I'm reading your words correctly, but it seems you've been talking about thoughts of suicide. That type of talk is not something that makes anyone on here comfortable. If you are indeed serious about the thought of suicide, please contact The National Suicide Prevention Lifeline at 1-800-273-TALK. Your life is valuable, even if you may think it isn't. Suicide is also something that you shouldn't joke about. If this place is making you feel suicidal, I would suggest that you take a week's vacation from the Irken Empire Wikia.

If I continue seeing you making suicidal comments, I will have to suspend your account. It makes everyone unhappy or uncomfortable in one way or another. PrimusGod (talk) 06:07, January 5, 2014 (UTC)

Hello there, LIRLIR. I recently issued a warning about the talk of suicide on this wikia. However, upon a followup investigation, I am hereby permanently banning you from this wikia. I do realize that you may have friends you do not wish to lose, however...

Your actions in the Chat are very uncalled for. You made several people extremely uncomfortable with your words. Telling someone to commit suicide is illegal. You told someone to kill themselves. Whether or not it was indirectly stated, I will NOT tolerate this illegal activity on this wikia.

Any person who willfully, in any manner, advises, encourages, abets or assists another person in taking the latter's life, is guilty of manslaughter in the first degree. Section 2305 adds that incitement is a felony even if the would-be suicide survives.

I have accepted the consequences of my actions and will not return to the Irken Empire Wiki ever again.

However, if you or anyone else wishes to contact me, i will be in the Irken Fanon Adventures Wiki, sometimes in the chat. Farewell to this wonderful wiki, and may it *spock sign* live long and prosper.

What do you think of Zim and Kratoz's father-son relationship?

It kind of irks me.

My house has been having serious outages lately, in that the whole house goes out for a few moments, goes to normal for some time, about 10 minutes, and then repeats the process..

If this has happened to anyone else, please respond! =

Chocolate covered mutant bees want you to return to RP or they'll nuke the zord. STUPIDITY IS THE ENEMY! NICKELODEON IS ENEMY! (talk) 01:46, April 8, 2014 (UTC)

Come on the chat.

So uh anyway,come to the chat and RP with the other worthless underlings on your pathetic,corn filled chat,and then participate in some stoopid slash paring that involves passionate acid secreting tentacles or whatever.

Oh,and uh,you don't have a choice,anyway. Come or *whispers* we'll have to put you to sleep-

we have armed men waiting for your inevitable disobedianceEdit

I'm going to be here all dayEdit

IT IS SOON TO BEGIN! JOIN THE CHAT! GLORY TO THE JESUS SATAN ALMIGHTY MAYAN FRUIT CUBE WALRUS GODS STUPIDITY IS THE ENEMY! NICKELODEON IS ENEMY! (talk) 04:53, December 14, 2014 (UTC)

lurk wanted me to send you a message

are you comin back to the chat,cuz we were gonna RP the loony bin rp after I came back from dinner. Oh uh,and btw,you forgot to say brb or something..again STUPIDITY IS THE ENEMY! NICKELODEON IS ENEMY! (talk) 00:21, February 26, 2015 (UTC)

im gonna be back at 9 as in an hour

com bak we hav burritosEdit

Retrieved from "https://irkempire.fandom.com/wiki/User_talk:LIRLIR?oldid=35271"
Community content is available under CC-BY-SA unless otherwise noted.