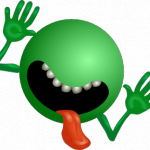 Hi, welcome to Irken Empire Wiki! Thanks for your edit to the File:Gif zimblink.gif page.

If you need help, and there are no local admins here, you may want to visit the forums on the Community Central Wiki. You can also check our Staff blog to keep up-to-date with the latest news and events around Wikia.

Invader Zak here. I've been seeing your activity recently and think it's about time I contacted you personaly. I am Zak and wish to keep an active line of comunication with you. Maybe we could swap ideas and stories of conquest together ( if I could become an invader rather than military engineer ). Well, I look forward to a response so invader Zak out.Invader Zak (talk) 22:44, April 1, 2013 (UTC)invader Zak

Vax,remember,minecraftia is in a entirely diffirent universe,not the rol galaxy,btw the planet is square like everything else there. But you were right about them being intelligent.

VAX this is LUYRK! The empires in terrible danger! *stAatic* Go to LIR,he'll tell you everything!

THEY FOUND ME! DEVASTATOR THE EXILE! HE"S A TIMELORD NOW! HE HAS AN ARMY! ITS NOT LONG BEFORE BTHE ALEMUS FIND M-*STATIC*Mysteriousjillguy (talk) 21:29, May 3, 2013 (UTC)

Vax,I was wondering,is there a nightmare  version of me and LIR? I think LIR would because he's very old. But I was born only 12 irken years ago.

Can we chat soon? BTW I can make some pictures of your SIR unit or irkens if you want,so you dont have to recolor.

But no backrounds,havent learned how to draw IZ backrounds yet Mysteriousjillguy (talk) 22:14, June 14, 2013 (UTC)

Hey Vax. It's Vex. I am planning on adding myself to the official list of invaders, but do I have to get permission from an administrator, or can I just do it myself? INVADER VEX (talk) 04:24, June 15, 2013 (UTC)INVADER VEX

Mario quit,sadly. Anyway,I'd like to know when you're online and when we can chat.

Come back to ROBLOX,Vax,Mario quit and my friends are becoming inactive! I'm alone!

One of the last Irkens just quit,and is going to minecraft.

Sarks and me are the only ones left now.

The group is now dying.

We're irkens! We conquer! I'm not on ROBLOX because I LIKE IT *twitch8 I'm here to conquer it! And I need assisstance from the homeworld to do it! Mysteriousjillguy (talk) 01:56, July 4, 2013 (UTC)

Who is the leader of the wiki? He could buy builders club for ROBLOX and own the irken group. Mysteriousjillguy (talk) 13:30, July 7, 2013 (UTC)

Hi, Vax. I found some guy who is using the same backstory about being shoved into a tube and into Irk's main power core... I'm not sure if you're aware of it, so I just thought I'd tell you

I could watch draw some pictures for your characters,then you don't have to use ZIM pictures anymore.

It doesn't matter If they can take the forms of diferent things. That does not necassarily mean they are those things, and being able to take the for of a location makes no sense. Adding those categories does nothing more than messing up the category pages.Invader Jib (talk) 20:01, July 16, 2013 (UTC)

Congratulations for becoming 1st place on the leaderboard! It is quite the achievement! Well, off to conquer... Invader Vex, signing off! (talk) 14:48, July 27, 2013 (UTC)INVADER VEX

What's up with the Nyan cat thingy for your profile pic??? Ark came up to me and asked who this page belonged to, and when I told her, she didn't even believe me at first.

Hey, this is Vex. I finished the pic of The Masked man that you wanted. I did the mask like you wanted, but with a few creative liberties, and would like to know what you think of it. Well, off to conquer... Invader Vex, signing off! (talk) 04:14, August 10, 2013 (UTC)INVADER VEX

Lir was only stating a point.

Hi, this is Emperor Vis, Congratulations on becoming number 1 (on the leaderboard). I admit that I honestly thought no one would reach that level after me, but you proved me wrong and for that I respect you. By the way, how did you become chat moderator? because I,ve been trying to become a mod for some time and (being the oldest member left) I'm considering going for it again .Emperor Vis 18:24, August 23, 2013 (UTC)

He won't let me delete my pages.

My side of the story.Edit

I want a fair trial. I'll call my lawyer!Edit

I need a fair trial about this Ban! You need to hear MY SIDE of the story! If you would just allow me to explain!

I'm not doing this for attention. I'll explain.

I am depressed,I've lost my apppetite,I can't smile. I feel weak and hopeless everyday. I always seem to have bad luck. This depression is affecting me,I can never be happy. I'm always angry or sad. I even have suicidial thoughts. Jib is wrong,I am NOT doing this for attention. And if he still thinks I am,then he has a cruel heart and you shouldn't be friends with him. Please,let me tell my side of the story,and lets get this settled,okay? Mysteriousjillguy (talk) 00:34, August 31, 2013 (UTC)

Could you take this argument off MY talk page?

Please,come on ROBLOX and we can talk.

Ok... First of all, threatening me wasn't a good way to ask me to forget about yesterday, but I do agree with the rest of it.

Thanks for the clarification, but I don't really have a tolerance for that kind of humor after yesterday. Just for future reference. Well, off to conquer... Invader Vex, signing off! (talk) 01:09, September 2, 2013 (UTC)INVADER VEX

Mario has done something horribleEdit

I can't take it anymore...Edit

I'm quitting,I don't know if this is jib's fault or I'm a nuisance,but I see that Jib and I cannot get along. So I am leaving,these fights will just repeat. It is for the best. Stop me? Get in my way,and you're toast,PREPARE TO HAVE YOUR FACE MELTED OFF...OR SOMETHING! (talk) 02:17, September 22, 2013 (UTC)

Let's face it,look at the trouble I've caused. Jib is right,I've moving to the IFA wiki. I don't care if I hate Jib,I'm just a nuisance,waisting time with my pointless humor and my discussions. I tried to be funny,to smile,Jib is right....

I know now that I will never be happy,and I must stay like this. I am sad and depressed,THIS IS WHO I AM.

A nuisance,a pest,and a depressing arrogant fool.  Jib is right. Our arguements will just repeat. We can't get along.

@Lurk It has nothing to do with the "fight", LIR was blocked for extremely disrespectful on chat. Vex suggested I ban him. OH, so THAT'S how you make a signature! Okay, I've gotta think of something.WAIT-DON (talk) 02:08, September 25, 2013 (UTC)

Indeed. LIR was being very disrespectful to Jib. It was only a small ban, intended to teach a lesson, not to strictly punish. I do hope you understand that this is the kind of thing we need to do to keep the peace. Well, back to my filthy evil, I guess... (talk) 03:21, September 25, 2013 (UTC)INVADER VEX

Oh my god I'm finally back. And oh my god you've gotten to rank 1. You must be the head of command here now.

I have been through the most anyone can go through. I've had a ton of life experiences and am now forever changed because of it. You needen't fear though, I'm still that insane engineer you remember.

Some ewperiences I'd rather leave untold but I am actually doing online college classes so one of those you were right. I wish I had done some of the others but no, those were wrong.

What the heck are you talking about? This wiki isn't "falling apart". If you feel that way, maybe YOU should do something to change it, not try to bring back Invader MEEN from whatever important stuff he may be doing in his real life. PrimusGod (talk) 08:04, October 11, 2013 (UTC)

Heh, we painted a MLK and Ghandi thing up on our school board once, and it said "Be the Change that Sparks a Movement". Follow those words, and you'll be sure to go far!

One more thing. Your signature takes up an awful lot of dead space, and it's an eye killer on my talk page, and I'm sure for other people as well. Could you please remove the extra spaces that you place in future signings? Thanks. PrimusGod (talk) 08:10, October 11, 2013 (UTC)

What are you talking about on Mariastudy's page? Any ban that you initiate on this wiki does not apply to any other wikia that she may be active on. PrimusGod (talk) 10:39, November 10, 2013 (UTC)

Jib... You have WAAY too many windows open... Maybe that's what makes your computer lag so much.

Never before have i seen so much perseverance in a person. You're so patient and forgiving, even though you're excluded a lot.

I want to know everything instantly like some greedy king.

Now testing my new signature on my self.

Your Request for ChatMod Edit

Hello Vax. I read your request for ChatMod, and I am willing to reassign you to that duty, but you need to prove to me that you can take some responsibility on the job. I'm not sure what that will be, but something will probably happen. Next time I see you in chat I will ask you some questions about the position and then if all goes well I will give you the promotion and we can take it from there.

One thing I would like to note about your demotion last year is that while you mentioned that it was supposed to be a one week ban, the terms earlier were that after one week you could reapply, not that it would automatically be reinstated. Now that you have officially reapplied, though, I can promote you. My one condition is that, to reiterate, you demonstrate your aptitude. Thanks for reapplying, Well, back to my filthy evil, I guess. 04:48, January 5, 2015 (UTC)INVADER VEX

I was wondering if you and me could think up some ideas and stuff for the Voheddrion Dimension . Since you've made a lot of creepy stuff and whatnot.(Dusq Legends,twlight zone-ish stuff,etc) . Maybe some eldtritch abominations that inhabit it,or some legends or something. STUPIDITY IS THE ENEMY! NICKELODEON IS ENEMY! (talk) 08:06, February 23, 2015 (UTC)

Here is something important for some RP spoiler stuff we've been working on. https://www.protectedtext.com/hhghfg The Password is something only I know you would know,because I told you it. Here's a hint:

'[one word about the big plotwist i told you]'<---the word's first letter is capitalized,remember that

Once you figure it out,don't tell anyone. This is a big secret spoiler. also i'll be angry if it gets out as well

No one but me and you can know this. DON'T TELL ANYONE UNDER ANY CIRCUMSTANCES

we need you,jib,and mario to continue it

In planet Minecraftea you for got Dinnerbone.

Retrieved from "https://irkempire.fandom.com/wiki/User_talk:Invadervax?oldid=32337"
Community content is available under CC-BY-SA unless otherwise noted.