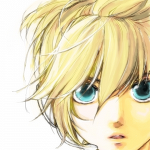 Any questions? Contact me! And don't forget to sign your talk posts with ~~~~ or the signature button, it is REALLY hard to locate everyone on here without the sig. -- InvaderMEEN (Talk) 00:51, 13 October 2011

Oh, that's too bad. What did you want to talk about? And the one that's being drawn is Invader Yan since we can't find your Invader Love description/picture. PrimusGod 18:36, November 6, 2011 (UTC)

that shall be nice! I accept ur offer as being friends! :D

This is your first warning. Do not violate copyright laws. Do not claim a picture was drawn by a "friend" when it really wasn't. Do not claim the picture was for you or by you if it was not. If you do, and I, or anyone else catches you, there will be consequences. PrimusGod 00:15, November 14, 2011 (UTC)

1. Have earned the "Almighty Tallest" Badge or higher

2. Prove to the current admin(s) that you are trustworthy and kind

3. Know what admins really do.

By becoming an admin, you will get these priviledges:

but you will not be able to:

The responsibilities of an admin:

Oh, Dell. If I see you making pages just to rise your badge count, there will be actions. That's not playing fairly. Deleted the one you had running now.PrimusGod 10:17, November 14, 2011 (UTC)

Yes! You can use my character anytime. Just make sure you don't make it your irken, or else there are going to be two Mai's! IrkenMAI 23:39, November 14, 2011 (UTC)IrkenMAI

I read your talk page because I am supposed to do that. It appears in my inbox, it appears on the recent changes, it is a recent change, and as such, I must review it to make sure vandalism/spam/harassment is not taking place. P.S. Why were you reading what I posted on someone else's page when you obviously have issues with me reading what's on your page? Seems sort of one sided. PrimusGod 22:38, November 15, 2011 (UTC)

Well, if it hasn't already died down yet, then yes, I would like your help ending it. It has gotten out of hand.

Retrieved from "https://irkempire.fandom.com/wiki/User_talk:Dell-taco?oldid=12377"
Community content is available under CC-BY-SA unless otherwise noted.