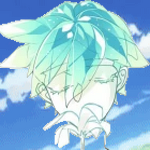 Yes, i do have problems.

I'm sorry, but i seem to have a Pinkemina in me.

I can't trust anyone sometimes...

I'll never know if someone is going to suicide or something, or if they're just doing a terrible lie. I'm sorry, if you meant that, and had a gun under your pillow, Miz.

I never know if my life is real or not, if it has a point. How could i know? How could i be reassured that my family is there, and not some sick image forced into my mind? If everything is fake, then nothing here could convince me.

Even if my whole physical life was never real, our friendship will be. I won't give that up. If I'm right, it's all i have..

Hello there, your comments have been taken into consideration. Because you were one of the people whom were involved in the incident, and have felt that the sentencing was too harsh, I have lowered it to one week. That should give them enough time to think about their actions. Suicide is a serious issue, and people abusing the notion that suicide gives sympathy in any situation should be discouraged at any point. If I catch wind of them playing wolf in regards to anything suicide related after this account suspension is over, a one month ban will be issued.

Privileges to edit their talk page has been granted once more. This is their time to apologize for their actions, and shed a new leaf. They can choose not to, and it won't affect my behaviour towards them if they try this sort of action again, but if they're genuine with their apology, I will reconsider how long they're banned for currently.

His ban from the chat will remain regardless of whether or not the ban from the website has been appealed or lightened (1 week minimum) until whichever admin banned him in the first place sees that he's fit to rejoin the chat (1 week minimum still required). PrimusGod (talk) 15:57, January 5, 2014 (UTC)

Miz, it seems to me that there is an issue regarding the recolor rule on the wiki, and that several of the rules are outdated? If this is the case, as I see that the issue is regarding you, for now I will have to defer to your judgement, as you are a chat moderator, but I will discuss this with you next time I see you and perhaps we can get it sorted out in a better way.

For now, as I said, leave everything the way it was when the issue last left off I can rollback histories or make changes as necessary later.

He will  probably be banned soon, considering this is like...his fifth chance or so. Maybe not just now, but I'm not too hesistant. I wanted to stay in chat longer so I could see what he did but unfortunately I needed sleep.

As for the grammar erros, uh...oh. Okay. Thanks for editing those I guess.

that remix you linked

it is indeed a good thing

we should totally do the rping thing in the tommorow

i was super tired today

https://www.youtube.com/watch?v=iEyM52L4qGI i found something amazing

Retrieved from "https://irkempire.fandom.com/wiki/User_talk:ButterflyMask?oldid=44309"
Community content is available under CC-BY-SA unless otherwise noted.