The Great War of Mars is the greatest war ever to happen on Planet Mars. It was a war fought between the Martians and the Xenomorphs. During the war, Martin was a Martian Death trooper. He was very good; one of the best Death Troopers at the time. The Martians were out numbered, but they fought back anyway. They almost lost, but eventually, they destroyed the Xenomorph nest. The Queen survived, but she had to rebuild her nest. When this happened, the Xenomorphs retreated, and the Martians won the war. 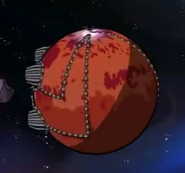 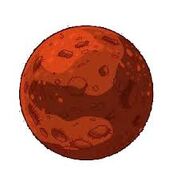 Add a photo to this gallery
Retrieved from "https://irkempire.fandom.com/wiki/The_Great_War_of_Mars?oldid=30302"
Community content is available under CC-BY-SA unless otherwise noted.