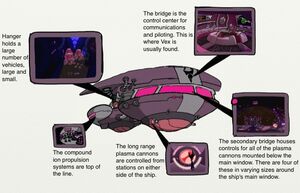 The Plague Runner is an advanced battle cruiser designed and used by Invader Vex. It is roughly the size of a Viral Tank, but is much more powerful. The Plague Runner is equipped with a responsive camouflage array that makes the ship as close to invisible as anything can be. Similar technology is used in Vex's Hunter Drone.

The Plague Runner has a large upper section with a row of huge windows along the middle. These windows are each home to a secondary bridge. Behind the armor above these windows is the primary, circular bridge. It has a smaller back section that includes a hangar, engines, gravity generators, and stabilizers. There are two huge repulsorlifts on the underside of the ship. These allow the Plague Runner to travel inside a planet's atmosphere.

The Plague Runner is equipped with Four devastating plasma cannons under the row of windows on its front. There are two even stronger cannons on the underside of the ship. These cannons are positioned on swivels, making them the optimal weapons for Organic sweeps.

There are many smaller defensive cannons all along the ship, as well as bomb doors along the underside of the vessel. These bombs contain a neurotoxin developed by Invader Vex and Invader Vax that is so potent, one bomb can wipe out all life in a 750 mile radius. The toxin is designed not to effect Irkens, as it functions primarily in the mind (Irkens' thoughts are circulated through their PAKs, and the disease is eradicated in the process). This Neurotoxin is commonly called The Plague

Another of the features held in the Plague Runner is a highly expensive and very dangerous core that can emit a portal above the ship in order to move it through time and space in the membrane between dimensions called "Subspace." This feature allows the ship to travel to different times, places, and even different dimensions. This feature is incredibly expensive to power, and is only used when absolutely necessary.

Inside the Plague Runner is a maze of corridors, passageways, and elevators. The main rooms in it are the bridge, located in the middle of the ship, the armament control rooms found at the front of the ship, the hangar, which can accommodate almost all of Vex's vehicles at once, and the crew quarters. This includes rooms for Vex and his guests, and barracks for his crew. There is a mess hall aboard the ship that serves many delicacies, all of which are suited to Vex's tastes. 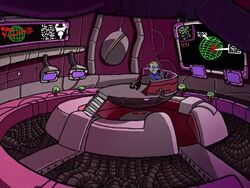 The Bridge of the Plague Runner 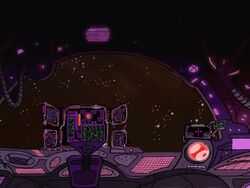 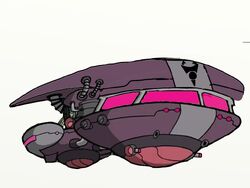 The exterior of the ship 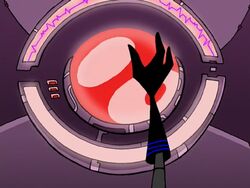 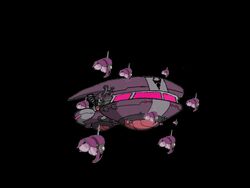 The Plague Runner's most bacic fleet
Community content is available under CC-BY-SA unless otherwise noted.
Advertisement