Pandora is an advanced planet that have many similarities to Irk. It's current ruler is irken defective Nuc. It is home to many refugees whos planet have been conquered by Irk such as vortians and screwheads. The founding of Pandora is currently unknown. But the founder might have accidentally discover it after fleeing.

7000 B.C- A alien group by the name of the callad, start roaming around Pandora

5000 B.C- The Callad started to disappear and lead to the planet to be untouch ever since until 1780

1870- More refugees from planets begin to come to Pandora.

1890- Death of Almighty Tallest Miyuki and Spork causing Lex, a vortian scientist, to run away to Pandora.

1945- Turk is murdered by Lex's drones. Lex is sentenced to life from the accident.

1990- Yout was killed by Nuc in a battle. Next day, Nuc became the next ruler.

2001- Nuc releases Lex from prison, which leads to a huge controversy in Pandora.

2018- Nuc plots a way to rule Irk and free all slaves controlled by Irk. 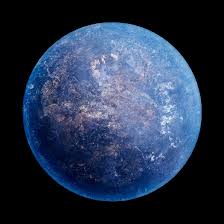 Retrieved from "https://irkempire.fandom.com/wiki/Pandora?oldid=44130"
Community content is available under CC-BY-SA unless otherwise noted.