We're Getting Mutants in the MCU - The Loop

The Flash Runner is a small spacecraft invented and manufactured by Invader Vex in his laboratory. It is a small ship that is usually controlled as a drone, but can be easily retrofitted to create a small one man fighter.

Flash Runners have two pointed segments on either side of the main spherical control module. These two segments contain the engines, the heat sinks, steering mechanisms, and artillery. The sphere that holds the control module can either contain drone sensor arrays and relayers or a small pilot's seat. On the front end of this are a small sensory box and a the camera for the drone. There is no porthole or clear viewscreen on the ship, so sensors are needed, and when retrofitted with a control module, the ship's interior can include a number of view-screens. The paint scheme can, of course, vary, but the most common paint job is displayed above.

The Flash Runners each contain one Drone Piloting and Maintenance unit (DPM). These modules are found in the spherical section of the Flash Runner, and allows the drone to fly the ship and repair itself to some extent.

The ordinance carried by the Flash Runners includes rocket launchers, plasma guns, a short range ionizer to render other ships stranded, and the ability to puncture other ships' armor with the points on its pointed segments. As these ships are mass produced, there are no incredibly special features, save for one.

The most interesting feature in every Flash Runner is the "Flash Drive." This drive system utilizes preexisting rifts in the universe to travel in Subspace without damaging any dimensions or creating new rifts. In Subspace, a place discovered by Vex, the Flash Runner can travel at over 10 times the speed of light, as there are no physics to prevent it. This feature, however, does not allow the Flash Runners to communicate in Subspace, even with each other. The only other ships possessing this technology are the Plague Runner and Vex's space station. 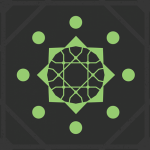